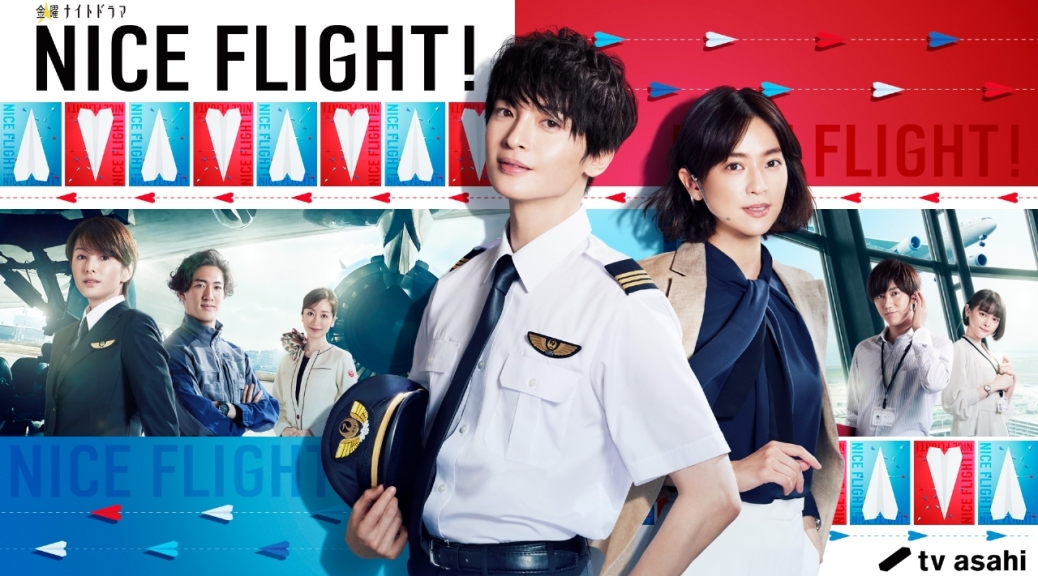 It’s been more than a year since Tama’s last drama, I’m so excited to finally see him in another drama again, especially that’s he’s the lead role!

His last leading role in a drama was Juuyou Sankounin Tantei in 2017 (which aired on the same slot with this one), I’m so happy that he finally gets the chance to be a lead again!

(Synopsis below taken from jdramas @wordpress)

Kurata Sui (Tamamori Yuta) is a first officer at an airline. He took his first flight in junior high school, on the only overseas trip that his parents, who had been working nonstop, brought him on. This experience inspired him to want to become a pilot and make people all over the world happy. Sui passed the test to become a pilot on his second try and became a first officer after going through gruelling training. One day, he and the captain are battling bad weather during a flight when the calm voice of a female air traffic controller over the radio guides them and they manage to land the aircraft at Haneda Airport safely. He falls in love without knowing her name or what she looks like. This female air traffic controller Shibuya Mayu (Nakamura Anne) is always calm, precise and polite even when handling emergency situations. While she is often appreciated by pilots, she cuts short unnecessary conversation because she has difficulty expressing her feelings and things do not go well despite the effort she makes. Mayu feels uncomfortable around people and has no idea how to close the distance with them. This has been to the detriment of her relationships which have never lasted long. What will happen when she and Sui, who have only heard each other’s voices, now meet in person?

Find the subbed episodes below.