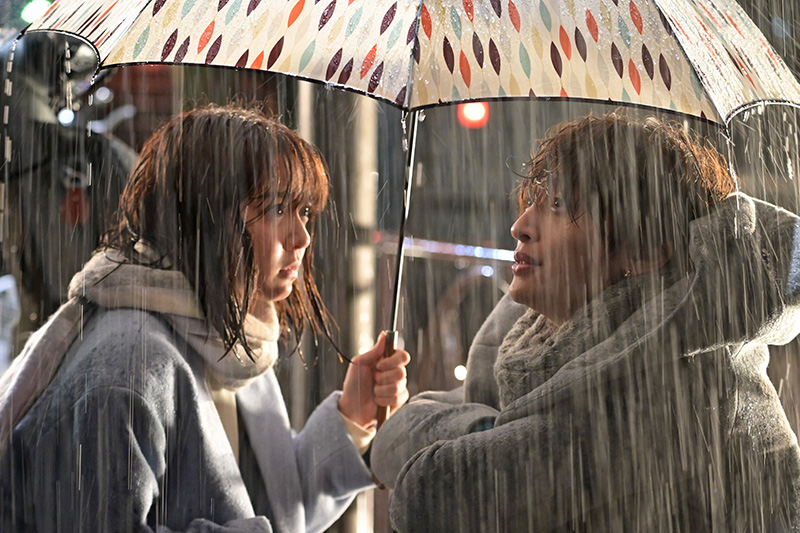 OMG This episode!! Are they trying to kill us??? Are they not enough happy to make us hyperventilate the past few episodes…?? And yet this episode….!!! 🤯 I know I always says I’m speechless after every episode and it’s cliché already, BUT I REALLY AM SPEECHLESS!!! 😶

In the first place. How can Junnosuke get more and more adorable each episode??? How old is he in this episode!?!? 3 y.o!?!? Well, one of the reasons it took me quite long to do this episode, was because I screencapped too many frames 🙈 (nothing new though, I guess 🤷‍♀️) But but but but but!! That glamping scene! The one in the supermarket!!! Arrrgghh!!!

Scroll if you hate spoilers, as I’m gonna spam this post with my screencaps!!! 🤯

First of all. His fed-up expression, and the change in his face when he heard Rio’s name!!! Hmm? It’s different than when he heard Nami’s name last episode, though?? 🤔 Just how subtle can his facial expressions be 😭

And then, when he came to Nami’s rescue!!! 😭 Well, we still wonder how he gets there in time, but oh well who cares he’s so damn cool!!! 😭 Look at his stern look and listen to what he said, I literally screamed!!! 😱😱😱

Then his expression suddenly turned soft when he looked at her 😍

Then the next moment he transformed into this sinful puppy, I don’t know what to do with him anymore 🤦‍♀️ Below will just be consecutive shots of this helpless puppy 🤦‍♀️

And this scene, is as sweet as diabetes. Gaaahhhh Why are there soooo many sweet scenes in this episode??? When I watched it last night, the last scene was so shocking that I kind of forgotten about the others but as I’m subbing it, I found these small cute scenes I don’t know what to do!!! 🤯

The last scene, simply because he’s too beautiful 😭😭😭 Btw the script for this scene is so brilliant! You can see how pure and angel-hearted Junnosuke is. He’s not even annoyed or tired or sad. He’s just simply wondering if they will still be able to watch the stars… 😭😭😭 If it was me, I would immediately shelter this poor and cold puppy and serve him hot drinks 🙄🙄🙄

Now with these many screenshots, you know why it took me until past midnight to finish subbing this episode 🙈 No, not because of the lines, the amount of lines in this episode were moderate, but the scenes… 🤯

Pardon me and thank you for reading my rubbish until the very end LOL.

Last but not least, the gallery from the official website!