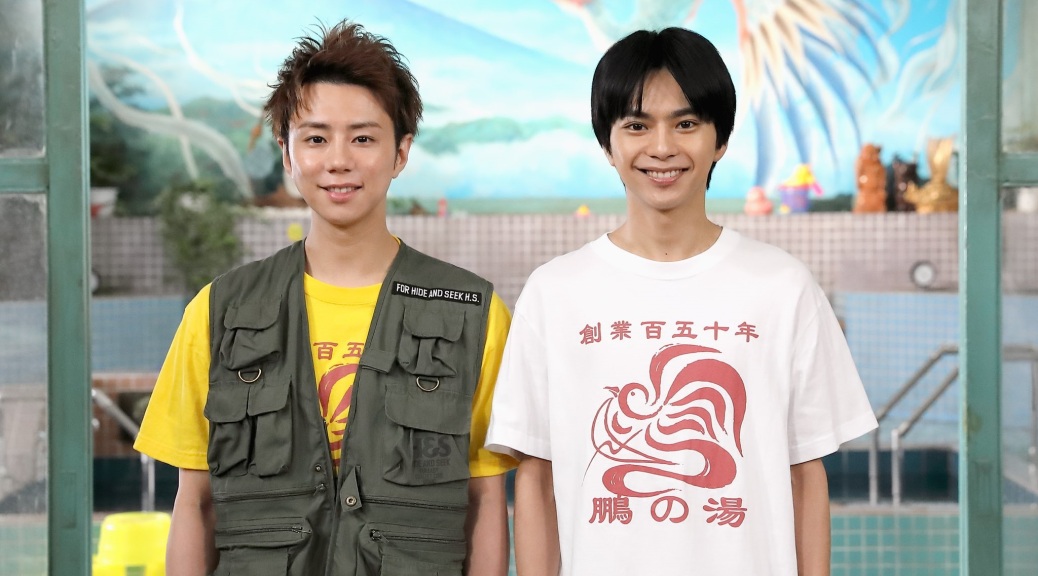 Hi, I decided to sub this drama!

Well, on top of starring a Kisumai member, Kitayama, it’s also a 30-mins drama, so I thought I can juggle the time between this and Boss Koi. Actually I’ve eyed this drama for so long, but I just didn’t claim it yet because I’m trying to see the load from Boss Koi (and if someone else would pick it up). But anyway, apparently no one did, and after giving it some thoughts, I decide to take it!

Shin (Hiromitsu Kitayama) and Ryudai (Shori Sato) run public bathhouse, Otori no Yu, located in a suburb. The bathhouse has been there for 150 years, since the Edo period. Due to poor finances, Shin and Ryudai struggle to maintain the bathhouse. While they work, they face various problems and happenings caused by their customers.